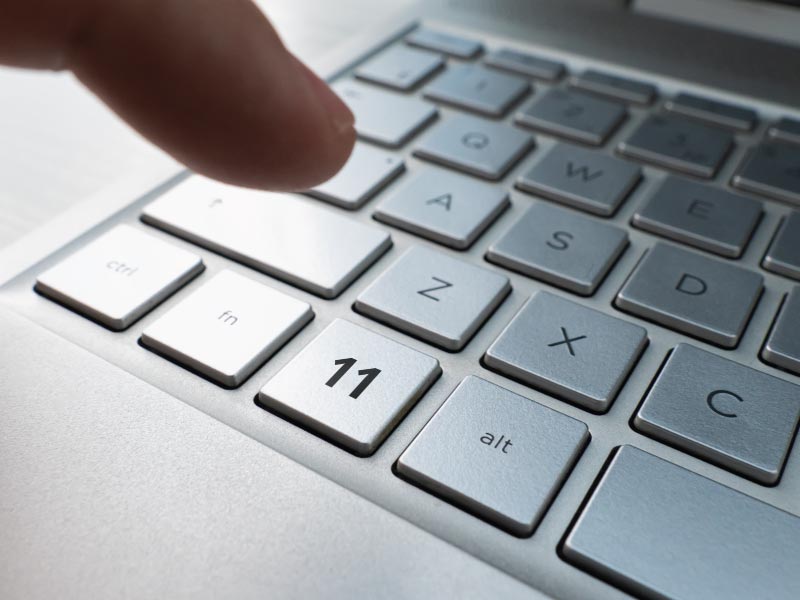 Windows 10 was supposed to be ‘the last Windows’, but Microsoft has now had a change of heart and has now released Windows 11.

Windows 10 was released as a replacement for the wildly unpopular Windows 8 & 8.1. With Windows 7 and 8 computers getting a free upgrade, Windows 10 rocketed to the preferred Windows platform.

It is now estimated that a whopping 79% of windows-based computers are running Windows 10 as the main operating system.

In the past, Microsoft only had a few updates for their operating systems before replacing them with newer versions. Windows XP had Service Pack 1, 2 and 3 before being replace by Windows Vista. Windows Vista and Windows 7 also had ‘service packs’, while Windows 8 was replaced by Windows 8.1.

Windows 10 however has always just been known to most people as Windows 10. What the average use doesn’t know is that the ‘Feature Updates’ released by Microsoft every 6 months or so are ‘newer versions’ of the same operating system.

Windows 11 however, is a new operating system that looks and feels like Windows 10, with subtle visual changes. Most of the ‘big’ changes are under the bonnet.

Windows 11 requires TPM 2.0 to run, and while TPM 2.0 was released in 2014, not all computers from 2014 – 2018 support it. What is TPM you ask? TPM stands for Trusted Platform Module… Effectively, TPM makes your computer more secure.

While TPM isn’t a requirement for Windows 10, most Windows 10 only computers will be obsolete by 2025. This is when Microsoft will cease support for Windows 10 computers. Windows 10 will still work, but the operating system won’t be getting any further updates to keep users secure.

So, do you need Windows 11? The simple answer is No, not yet. But at some point, you will need to make the switch or consider a new computer with TPM 2.0.

If you would like to check your computers availability for Windows 11, please let us know. You can send us an email at info@meltoncomputers.com.au or call our team on 1800 234 124.

We can install Windows 11 on your computer and perform a complete backup before hand to reduce the risk of data loss.