74% Of People Have Experienced Online Harassment While Gaming. 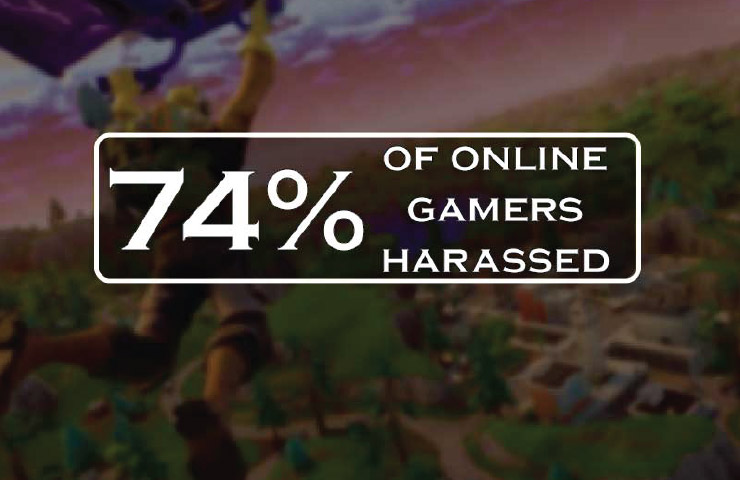 74% Of People Have Experienced Online Harassment While Gaming.

Years ago, a gamer was sitting in front of their computer, or console playing their games solo. At best we had 2 player, or 4 player split screen. Then came the mid 90’s and networks were starting to create the opportunity to play games on local networks between friend groups. Then, The Internet.

A recent study conducted by the Anti-Defamation League suggests that up to 74% of people that play online games have been harassed or bullied online. 65% have suffered from “severe” harassment. Harassment such as threats & stalking top the list while other forms of harassment are also widely used to victimize players.

Conducted in April, the 1,000 respondents of the survey is considered a low number considering how many people play online games. But it does paint a bleak picture. Being an online gamer myself, I have received harassing comments or threats on more than one occasion.

About the gaming study.

The study focused on 15 games, all 15 games had over 50% of the respondents say they have been harassed in the games. The worst offending games, Dota 2 (79%), Counterstrike (75%), Overwatch (75%), Player Unknown Battlegrounds (75%), League of Legends (75%). One of the most popular kids’ games, Fortnite came in 9th at 70%. Placing the safest of the 15, Minecraft, but even that has 51% of players saying they’ve been harassed playing the game.

Name calling ranks as the highest form of harassment. “Severely harassed” or “targeted by trolls” also ranks high with over 50% of respondents admitting they have been victimized.

The most common way for harassment to occur is by the in-game voice chat options at 42% while in-game text chat ranks second with 40%. Out of game apps/contact such as steam, discord, PlayStation network etc come in with a total of 35% over 3 categories.

While some people let online harassment roll off their backs, others are not so thick skinned. In-fact, the study suggests that 23% of the people surveyed are less social as a result of online bullying. 23% feel upset or uncomfortable after playing online, while 15% feel isolated. The most worrying stat, 10% of people feel suicidal or have had depressive thoughts after playing a game.

12% of people have reported harassment to the game developer while 5% have taken their concerns to Police.

While all these stats are dark & stormy, 62% of the gaming community surveyed want developers to do more to cut out the behaviours. That’s at least is encouraging.