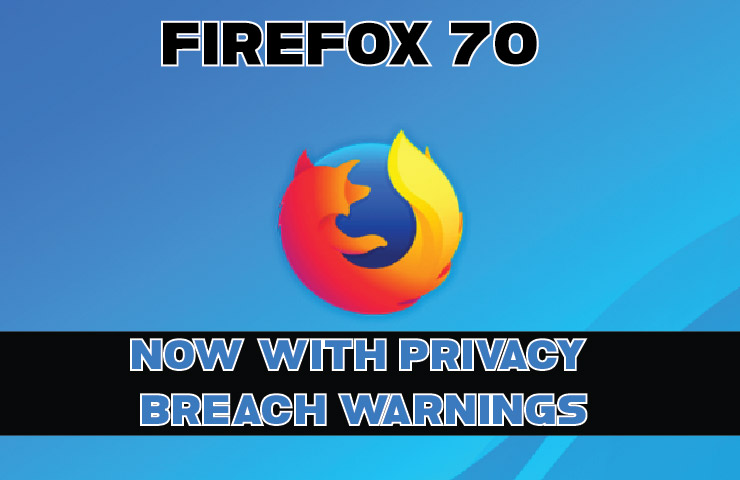 Firefox has been around for quite a while; most computer users have used it at some point. Now, there’s great new features that will be found in the latest version. (Version 70)

Firefox 70’s new password manager (Lockwise) will now warn users if their user credentials have been breached in known data breaches. If Firefox recognises a data breach, users will be informed and prompted to change their passwords to better protect themselves.

Firefox & Lockwise Password manager will also allow you to synchronise your passwords to other devices, such as your phone, tablet or multiple computers.

This new update will also fix multiple security flaws found in previous versions of Firefox as well as enhanced options for Social Media tracking protection. Users will be able to turn off tracking on sites such as YouTube, Facebook, Twitter, Instagram etc.

If you think your computer needs a security check, give the Melton Computers team a call on 1800 234 124 to arrange a booking.