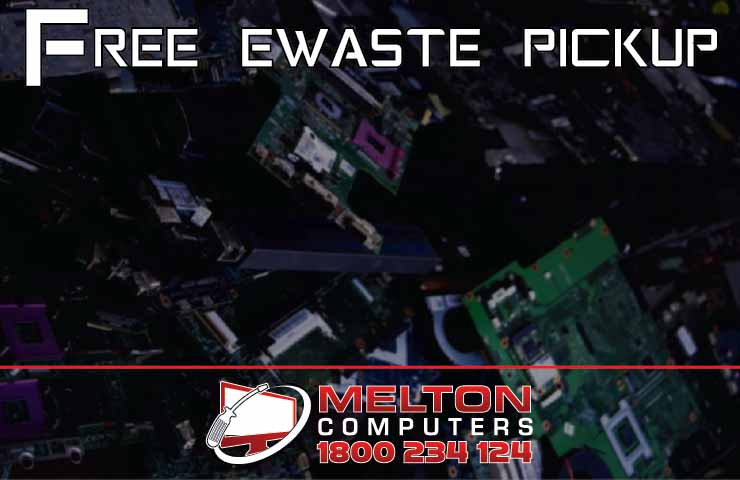 An astonishing 12.7 Million Tonnes of garbage is thrown out by Victorians every year. 4.2 million tonnes finds land fill, while 8.5 million tonnes makes it to recycling projects. 40,000 tonnes a year is attributed to tech waste. As the technology age continues to dominate our lives, more and more e-waste is being abandoned. The term E-Waste covers a range of items ranging from computers, laptops, whitegoods, phones, batteries tv’s and more.

At Melton Computers, we take E-Waste seriously. We offer a free removal of unwanted laptops and computers, tablets & phones that you no longer require. In some cases, we find that unused or outdated computers are being cast aside upon upgrade. Many finding their way into landfill or recycling plants. Melton Computers takes e-waste seriously, when we come across unwanted or discarded tech, we always check its viability for use again. There are many people who need access to cheap computers that can be resurrected when deemed surplus to requirements. Giving a computer or laptop a new home can be more beneficial than sending it for recycling.

If you would like to have your unwanted or unused computer or laptop picked up for recycling, please let us know. We'll come to you. Melton Computers - 1800 234 124.